The Golden Circle in Iceland – Is it Worth it?

The Golden Circle: Is it worth it?

The Golden Circle is a fantastic trip to take if you’re in Iceland for a short period of time, or if your traveling options within Iceland are limited and you need to rely on adventures close to Reykjavik. Many third party companies offer tours to see The Golden Circle so that you do not need to rent a car, which makes this journey much easier.

But I would argue that the Golden Circle by itself is not as impressive as some of the other places to visit in Iceland. If we’re talking about epic National Parks in Iceland, we’d humbly suggest that Vatnajökull National Park in the South region make the top of your list. If you want impressive waterfalls, then the waterfalls in the South and the East were the most impressive to us. If you want some crazy geothermal activity, then make your way over to Hverir in the Northwest.

Please refer to this helpful Regions Map of Iceland from freeworldmaps.net:

However, it might not be possible for you to travel around the whole island during your stay in Iceland. If that’s the case, then the Golden Circle is a fantastic snapshot of Iceland and offers you some exciting spots to see a myriad of natural phenomenons. If you’re able to spend a fair amount of time in Iceland, then consider 1 day, 2 days maximum to take the tour of the Golden Circle, and then make your way to the road less traveled. (And by that I mean the Ring Road, not the F-roads…!) 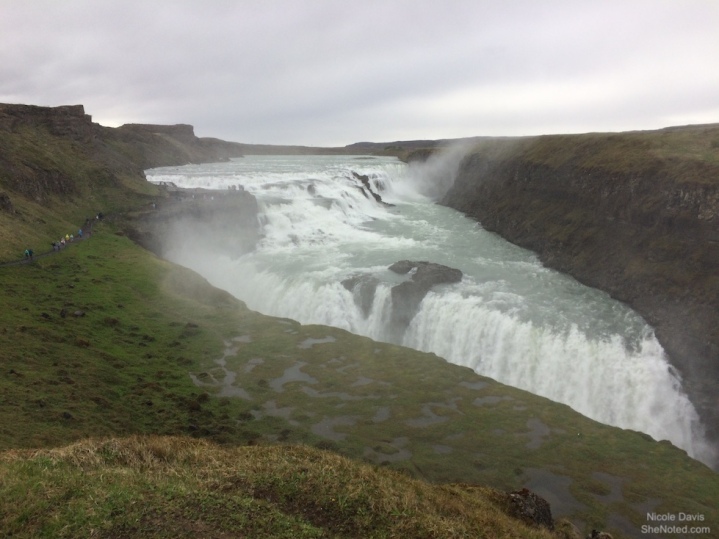 Keep in mind, if you’re not traveling in the summer months, you may be limited to visit places closer to Reykjavik since it would be more difficult to travel to the outskirts of the island due to snow and ice. You can certainly rent a car that has snow tires, but you will be relying more heavily on the weather and road apps available and you may have to spontaneously alter your itinerary due to bad weather. Of course, this could happen anytime in this small country, but more likely your plans will be altered closer to the winter months.

My favorite regions in Iceland was the Southern region along the coast and the Eastern region. There were so many breathtaking things to see. It is fairly easy to travel along the Southern coast, but making your way to the East requires many hours of driving.

We found that the further away from Reykjavik and The Golden Circle we went, the happier we became, and that is because we were able to see a more natural side of Iceland that was not as touristy. Iceland was able to be Iceland in its raw beauty and power without tourists crowding the landscapes.

Excellent resources on The Golden Circle:

Hey there, fellow adventurer! I’m recounting my epic 10 day trip to Iceland. Would you like to hear about my experiences as a tourist in Iceland and pick up on some good tips and resources? Then consider following my blog, or check back frequently for new updates.

Nicole Cragin Davis writes humorous anecdotes about life and shares travel planning advice from her extensive travels. With loved ones in the medical world, she has a lot to say about navigating the difficulties of medical life as a physician in training. She is also a classically trained cellist from Eastman.

She loves crossfit, weight lifting, and indoor rock climbing. She adores her elderly rescue pets, a cat and dog. Some call her a tea connoisseur, and she does not correct them, merely offers them tea.